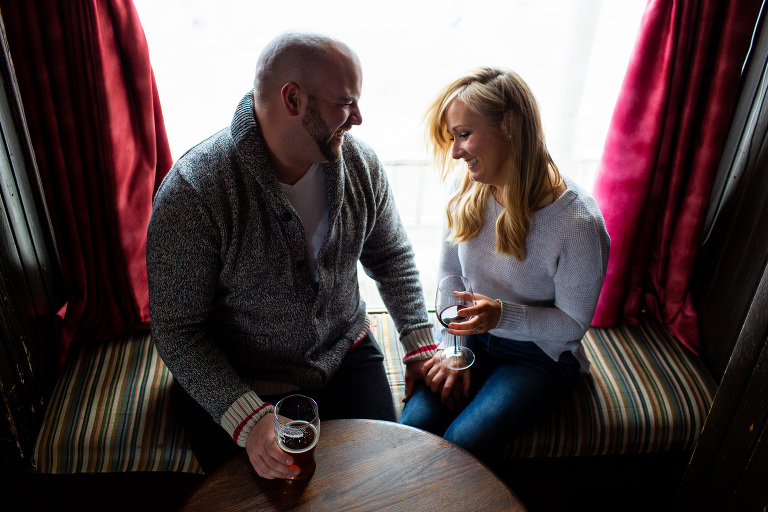 Let’s Start With A Drink

This DTK Winter Engagement Session did not start at the Old Speckled Hen but I do love how it introduces the post. But first, what’s DTK? Downtown Kingston. OK, moving on now that you down with the lingo. Kelli and Jacob are fun to be around and they wanted to round up their DTK Winter Engagement Session with a drink. They chose this lovely little picturesque corner in the front room of the Tir Nan Og. Not only is it a cool spot, but they stole it from Kelli’s parents hahaha. This is indeed her parents booth but as a couple, Kelli and Jacob have also made it their booth over the years. It’s the first I’ve heard of bar nooks being passed through the generations but dang, I like it! 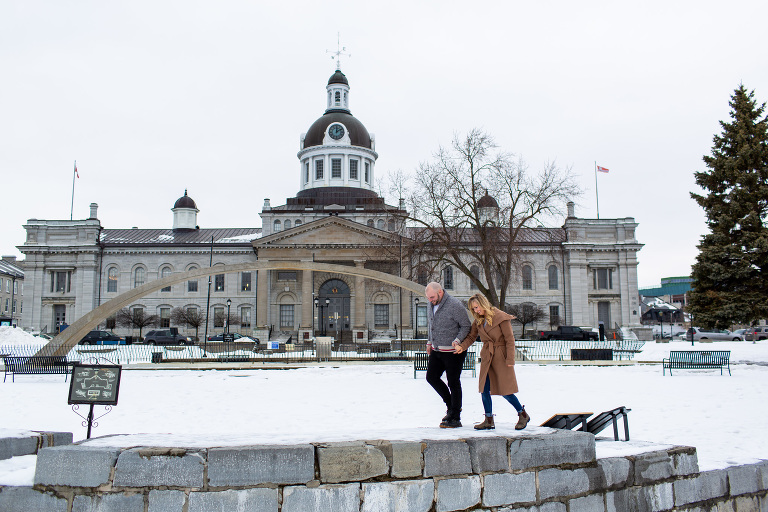 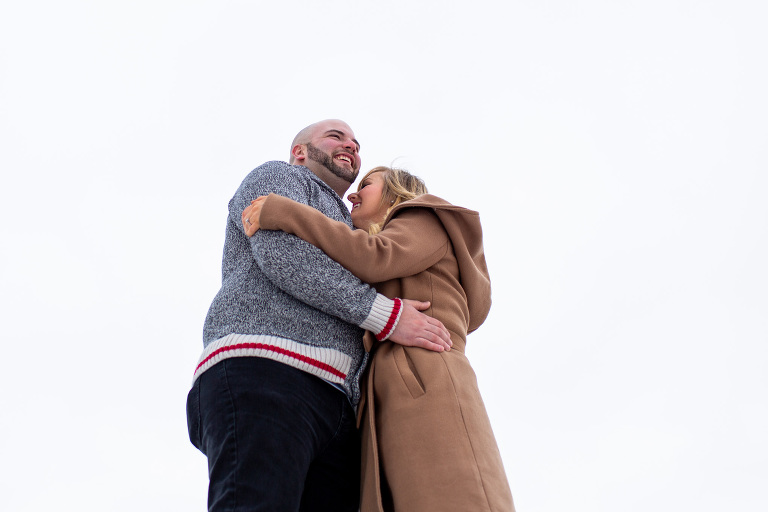 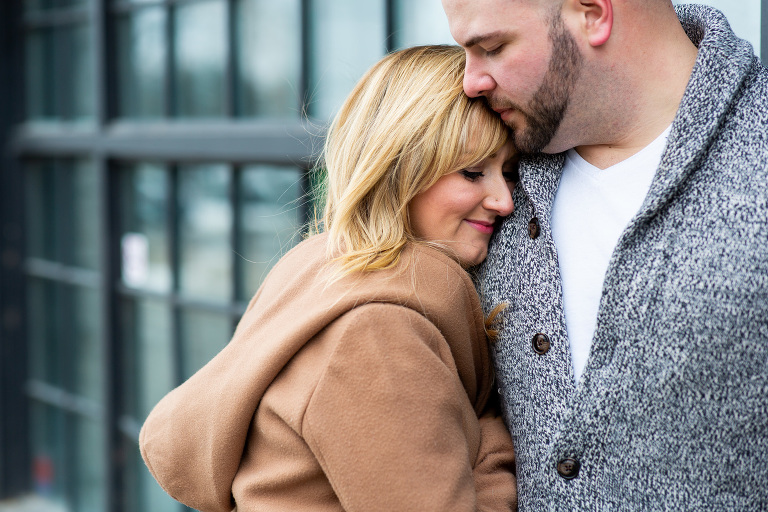 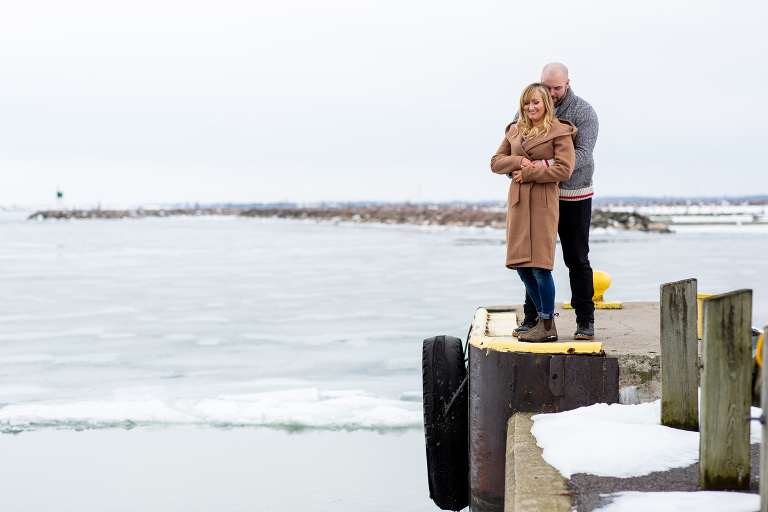 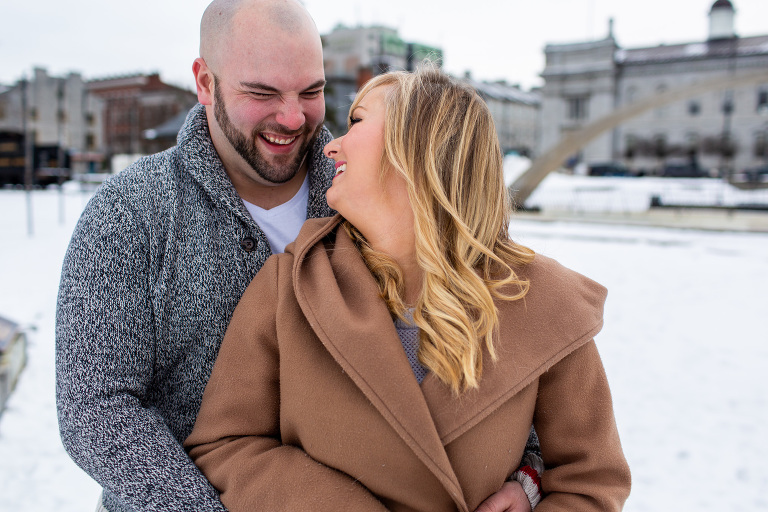 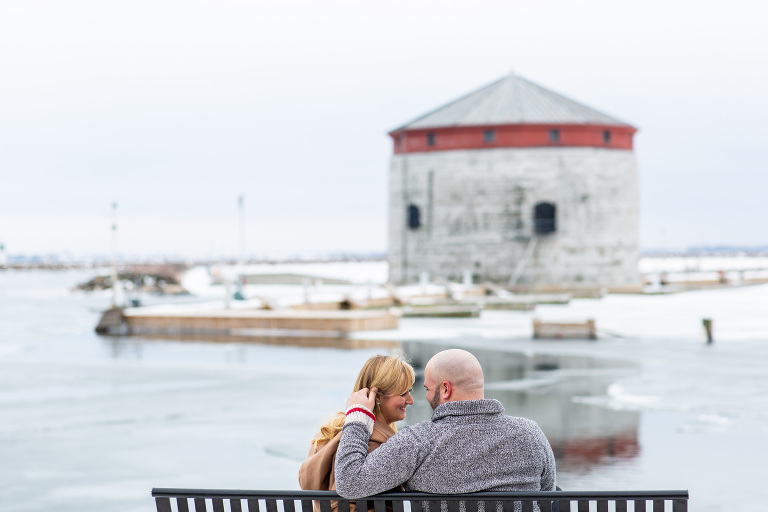 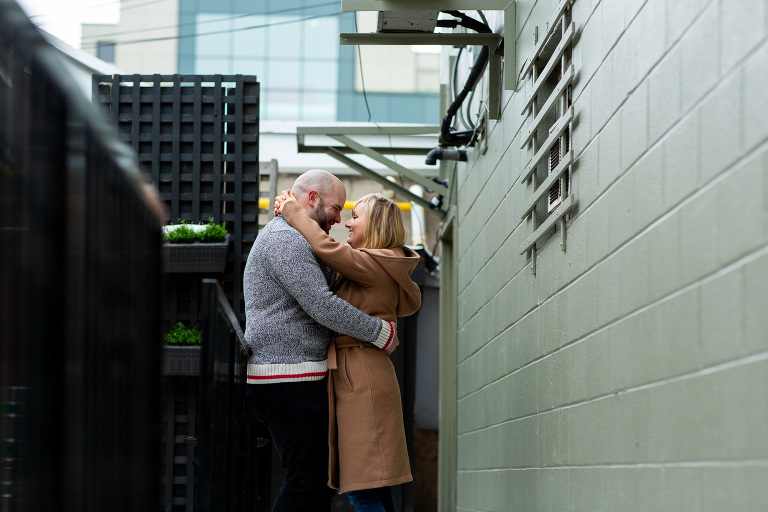 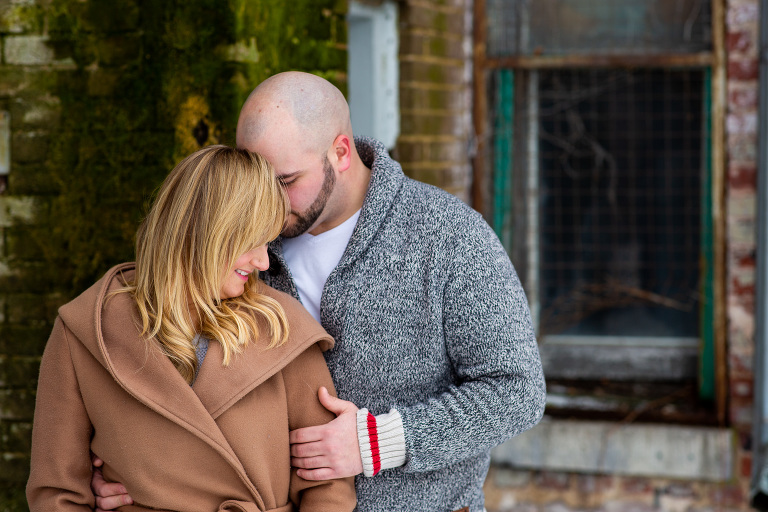 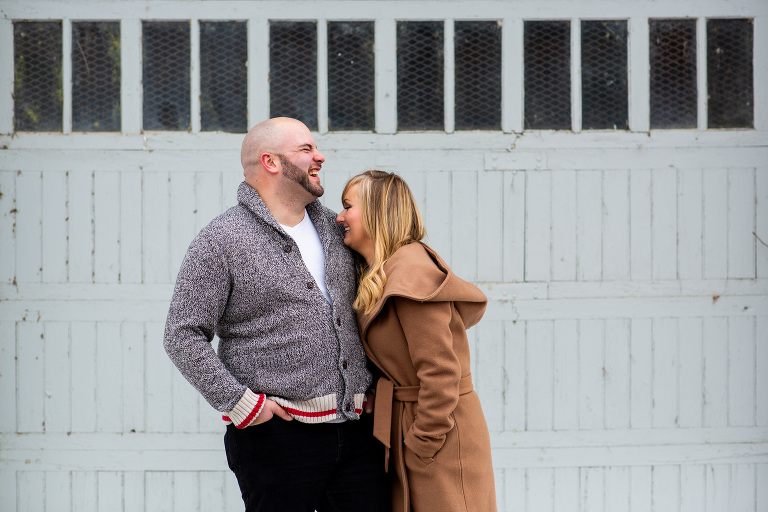 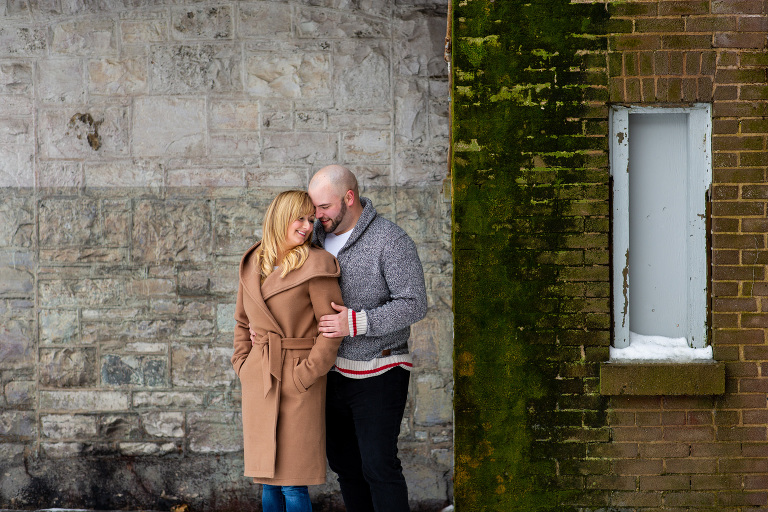 And Then We Strolled

As most of my engagements shoots do, this one also included a stroll. The streets of DTK are lovely and they are especially lovely when they are coated in fluffy white stuff. Thankfully it wasn’t too cold which means that they didn’t need to bundle up too much and I didn’t have to photoshop drippy noses. Winning! We hit up some spots you’ll recognize in our dear downtown core, but then as they got comfortable we found ourselves in a few nooks and crannies off the beaten path, even one where we had to excuse ourselves past construction workers and hop their barricade. Get. The. Shot. It’s usually me getting sketchy for the shot, but this time I had the lovebirds get sketchy too! 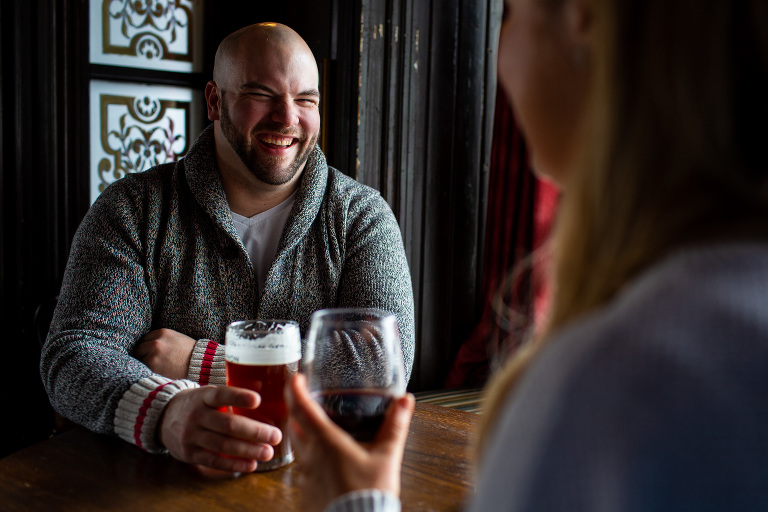 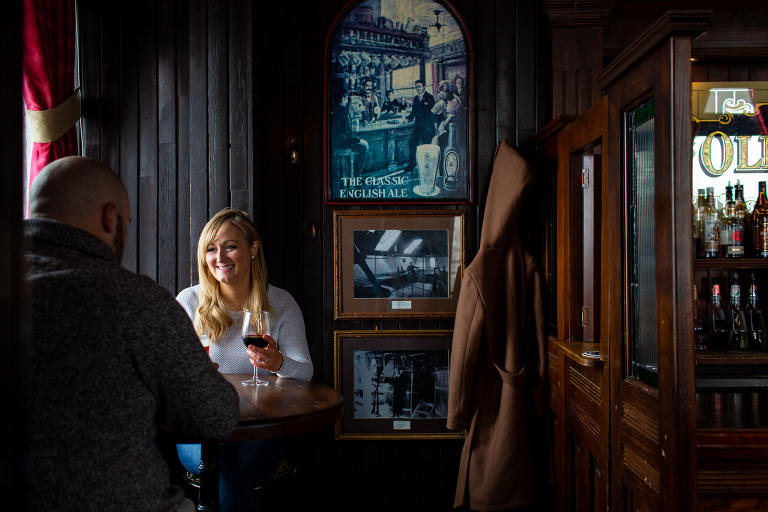 The Art of Letting Go

I usually tell me couples that engagement shoots are awkward when we start but will get easier as we go and by 15 minutes into the shoot it’ll be fun. I think Kelli and Jacob would agree and it was clear to me that as our strolled cruised on, the posing became more natural and then my job simply became documenting two people laughing together. And isn’t that a great way to start a marriage? Live, Laugh, Love. You’ve seen it. You’ve rolled your eyes at the cheesiness. But I challenge you to tell me it’s not true. 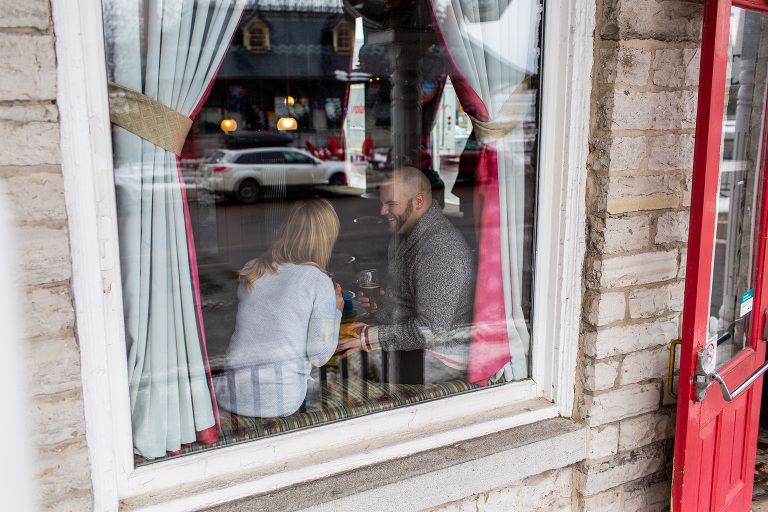 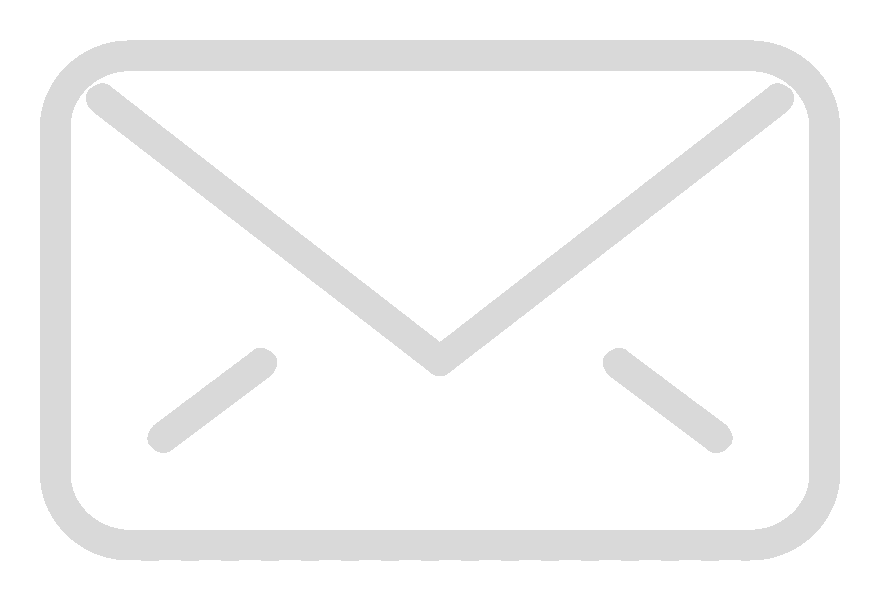 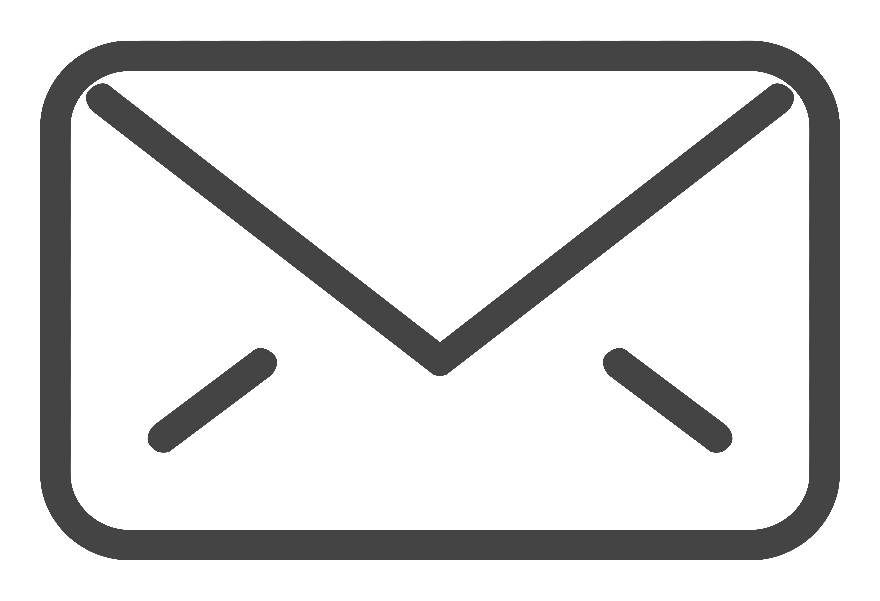